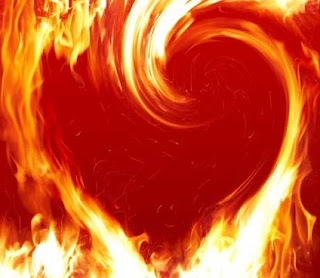 I just got out of the shower and I want to scratch all my skin off. This is nothing very new but it's not something I've gotten used to. For the past few months, I've been questing for answers about this periodic itchiness along with episodes where I turn lobster-red and feel like I literally become the sun. In my last post, I talked about the first time the lobster incident happened. I went to the ER thinking I was having a weird allergic reaction to a new body wash. Turns out it was something more than that, although I'm still not positive what's happening.

Since that first one I've had several other episodes where, seemingly out of nowhere, I become lightheaded, dizzy, and nauseous then get tingly and start turning red--usually starting at my chest and face and spreading throughout my body. And then I really and truly feel like I'm on fire. I can feel the heat just radiating off me and it hurts like crazy. Imagine the very worst sunburn you've ever had and amplify it by a factor of 10. And make it feel like it's coming from some place deep inside your core. It brings tears to my eyes because it is so painful and uncomfortable. Different parts of me swell during different episodes, sometimes an eye, sometimes my forearm.

It's happened while I'm working a few times now. Last time, I somehow worked through it. I'm a server and there was only one other co-worker there so I didn't really have a choice. I took lots of deep breaths, calmly (I think?) asked the bartender for the Benedryl we now keep behind the bar for these situations, and finished out the last hour or so of my shift. I know that the Benedryl will eventually work, so I just try to stay calm until it does. I'm really lucky to have co-workers who understand and will help me out, but I hate that I have to be the weirdo with weirdo things that happen to me. It makes me kind of sad that there are a lot of people who never knew me before Lyme. They don't know the person I was before. Not that I don't like who I am now, just that I was inherently different then. I think this has made me a stronger person in a lot of ways, even more stubborn than ever maybe, but it has taken some things away from me also. Mostly external things, like being able to reliably make and keep plans, having to leave events early because I'm not feeling well, and having visible outward symptoms that show I'm not okay. But other things too. People tend to see me as fragile, someone who they need to look out for and protect. I'm not used to that shit. I'M supposed to be the protector!! That's been really hard for me to adjust to without being a total bitch about it to the people who want to help me. Because also I get it. I do need people around me who know what's going on with me and can help me in an emergency. I'm still working on being okay with that.

Anyways, like I said, I'm really itchy. And it's super irritating. It's an itch that just keeps moving around; forearm, thigh, hand, both hands, stomach. Scratching doesn't help. It seems to make it worse, actually. After the second episode of redness plus several days of being extremely itchy every night after dinner, my doctor referred me to an immunologist.  At that time I still thought it was a food or substance allergy, but the doctor didn't think so. He didn't say exactly what he thought it was, just that we would do some tests to rule out things like carcinoid tumors. They took a ton of blood. And very much bruised my arm, as usual. My veins have really been through the wringer the past couple years.

He also put me on a twice daily dose of Zyrtec and Zantac (H1 and H2 histamine blockers, respectively). And he gave me Atarax for any breakthrough episodes, but with the warning that it would be more sedating than Benedryl and would probably take me out for the day. I've only used it a couple times for that reason. Since then I've only had a few episodes, and most weren't as bad as they were before the meds. The itching still pops up, and seems to be getting more frequent again lately. But I am loath to take the Atarax or Benedryl and spend the rest of the day drooling on myself. Before I was on the Z&Z combo, there was about a two-week period where I was basically itchy all day, every day. Talk about being irritable. That was torture. For me and probably those around me as well. There are still also times when I think I'm going to have a full-blown episode because I start to burn out of nowhere. It happens in different parts of my body at different times, but it doesn't morph into more. I just burn for a while then it goes away. 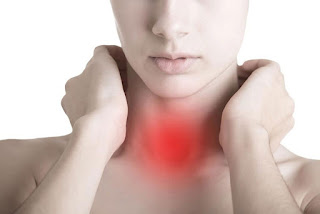 The testing came back at acceptable levels, except for my TSH level (thyroid), which was quite high, suggesting hypothyroidism. Also, my Anti-TPO antibodies were high, meaning that I had a lot of antibodies attacking my thyroid, signaling that it's Hashimoto's hypothyroidism. The immunologist stated that maybe this was the cause of my issues, but I've since seen an endocrinologist who doesn't agree. He doesn't think the two are related at all. I was really frustrated at first that I didn't find one answer for everything that's been going on, but I've done my own research and come up with the tentative hypothesis that the burning/redness/itching is due to mast cell issues. Hashimoto's and mast cell activation are both autoimmune disorders so not a big shock that I would have them seeing how Lyme causes all kinds of autoimmune problems. I have a follow-up scheduled with the immunologist in a couple weeks, so I plan on talking about my hypothesis with him. Although it's a better than it was, I would still rather feel like I had it more under control. As far as the thyroid issues, I'm taking medication and have to monitor my levels every 6 weeks until they stabilize. My biggest hope in that regard is that the medication helps with some of the ridiculous weight gain that I've experienced since last year. I feel really yuck, so here's hoping.

The past several days have also been rough because I think I may have picked up a bit of "normal person" sickness. Derek has had some kind of upper respiratory thing going on for about a week, and I think I got a little of it, although it manifests in my Lymie way instead of how it would in a person with a well-functioning immune system. It's made me basically have symptoms of a Lyme flare on and off since the weekend, although today and yesterday I've felt a bit better. Monday I could not get out of bed unless I was crawling to my destination because my head hurt so bad and I was dizzy, lightheaded, nauseous, and totally fatigued. I know I've explained before that Lyme fatigue is different, but really. It is. It means having to think and focus really hard just to lift your head or move your hand. And even then maybe not being able to do it. Monday was like that for a lot of the day. Tuesday I was still not good. I came home from work and slept like a little babychild. It's been a while since I had the kind of neck pain I've had the past few days. My neck pillow has been a good friend. 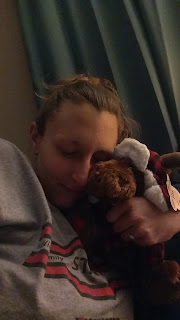 I'm totally fine with how dorky it is that I cuddle this moose from my dear Canadian friends. He really does make me feel better. So does watching the Great British Baking Show when I don't feel good. I'm watching the latest season, but I only have two episodes left 😭. But that's okay, I don't mind watching reruns of the show even though I know who wins in the end.

We've been doing a lot with Lyme Warrior DG, and I'm ever-impressed with how dedicated and imaginative Derek is with this process. He's always coming up with creative new ideas about how to keep the Lyme awareness spreading and I'm just so proud to have such an amazing partner. We've been incredibly lucky to have very talented artists donate their work to the cause, with the result of us having some really unique discs that are not only awesome all on their own but do the work of increasing conversations about tick-bourne illnesses. 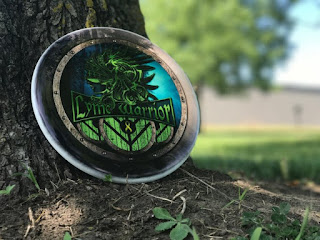 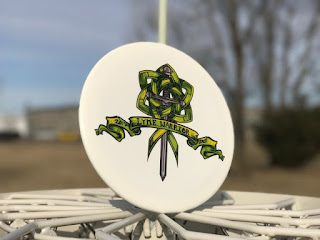 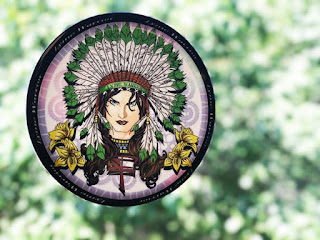 Then, of course, there's the War Paint. I'm so so happy that people are using it. If we can do something to help people avoid being bit by ticks (and, bonus, mosquitoes), I'm more than happy to spend a few hours making the concoction. 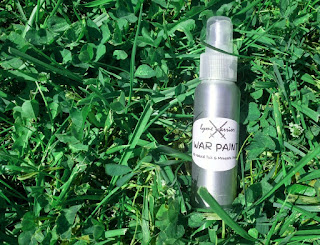 I've also been talking to a lot of people who are either suspicious that they may have Lyme or were recently diagnosed and need support/advice. I'm more than happy to do it, I just wish that doctors were more knowledgeable so their patients felt more in control of their health. It's sickening, honestly. Literally and figuratively. Because of Lyme Warrior DG, I feel like we're really doing our part to make people aware of how insidious the threat of Lyme and co-infections really is. We're hopefully helping to dispel some myths and giving people a place to ask the questions that will keep them and their families protected. So they don't have to go through the crazy devastation that is Lyme Disease. Although we're pinpointing disc golfers, anyone can get good information by following our Facebook page. Thank you all for your support and love; you make this journey so much more enjoyable.
Be Well,
Nikki
Share Share on Facebook Tweet Tweet on Twitter Pin it Pin on Pinterest