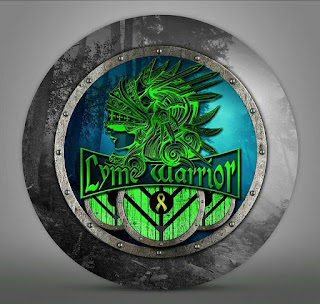 Friday was my last day of IV antibiotics!!! For now anyways. I'm going to leave my port in for probably at least 6 months or so just in case I need to go back on IV meds. That just means I have to have it flushed once a month; not a big deal at all compared to being at the hospital for 2 hours every day!! I've had a few Lyme attacks in the past month and haven't been feeling very great overall, but I'm still convinced that my body needs a break from IV antibiotics. I think the weather change actually plays a role in me feeling worse as I tend to have more symptoms when it's colder out. I'm trying to keep my body all bundled up as much as possible. My husband often has to remind me to put socks on though, because I just like bare tootsies. And I'm an asshole. But he's totally right, it's ALWAYS warmer with my feet covered. 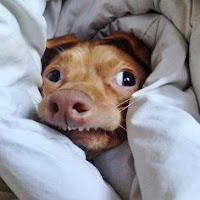 Pretty Accurate
I've mentioned before that Lyme bacteria thrive in environments with low temperatures (this doesn't mean the ticks that carry the bacteria, it just means the microscopic spirochetes themselves). So they actively work to keep body temperatures low in people with Lyme. My "normal" temperature now averages around 97.4, basically a whole degree lower than the average person. A few days ago when I went to my night time infusion my temperature was 96.4. Brrr. I've also been getting low-grade fevers on and off for the past few weeks. So my temp will be around 99.4 but to me it feels like I really have a pretty decent fever. This has been accompanied by aches and chills and feeling just really sensitive to touch. But it never goes anywhere. Every time it happens I think, "Oh, I must be getting a cold or something.". It never materalizes though. Fools me every time. Two nights ago I spent a miserable night feeling so achy and sensitive that I could hardly sleep. And I'm usually a very good sleeper. It's kind of my favorite thing. I was freezing cold, but sweating and trying to make my poor husband cuddle me, which he valiantly did. Poor guy. By the morning, I felt way better and was even able to go to work. Really weird stuff.

My neurological symptoms have also ramped back up, making my motor functioning something of a nightmare, as evidenced by the ample amount of bruises I have from running into walls and hitting myself with the car door (3 days in a row). Headaches have been back with a vengeance, my hands sometimes decide to just let go of and drop things, and my legs sometimes buckle with no warning. I've had a total lack of concentration and have been having difficulty in conversation again. I'm good for the first few minutes, but extended conversation without pause gives me a headache and I start feeling fuzzy & lightheaded, lose my train of thought really easily, and can't find the words I'm looking for. Sometimes I use the wrong words entirely or switch words around in a sentence. Embarrassing depending on the situation. This post has actually taken me 4 separate sittings, and has been written in probably the least linear way possible. Sorry about that 😩

I've been thinking a lot about the way that people perceive Lyme Disease and the lack of understanding about how severe it really can be. My husband (wonderful, supportive, energetic, creative man that he is) recently launched a project designed to increase awareness of Lyme, specifically within the disc golf community, where he is selling limited edition discs and shirts designed by a different artist each month. It's really amazing actually, and I would encourage you to check it out even if you aren't a disc golfer because the shirts are super cool and soft (my number one qualifier for a clothing purchase).  They're not disc golf specific; this month at least, I'm not sure how that will play out in the future as each artist has pretty free reign over their designs. 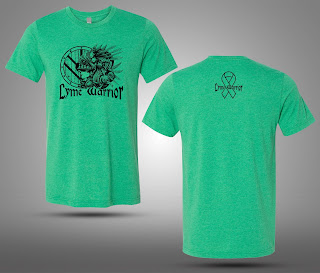 So it's inevitable that when we start posting on public media about Lyme Disease there is someone who thinks they know all there is to know and they'll say something like, "Lyme is easily treated with doxycycline and isn't known to be fatal." Then they proceed to provide a link to the CDC website. It makes me feel really growly inside. When it comes to Lyme the CDC is a JOKE. That's Lyme Knowledge 101. If you try to refer me to the CDC, I know you have not done even the smallest bit of actual research. I just wish people were generally aware of the reality of the situation, even a little bit. That there are thousands upon thousands of people suffering every single day and being told there is nothing wrong with them, to suck it up and stop being lazy.

So here's the real deal truth; every week I hear about people dying because of Lyme. Usually I hear about 1 or 2 people, but some weeks it's 4 or more. Close to half of those are from suicide. The others are from complications of the disease (e.g. stroke, secondary infection, sudden cardiac arrest). However, cause of death is almost NEVER officially listed as Lyme Disease, nor is it even mentioned on most death certificates. Instead, those secondary causes are listed, completely skewing the data and allowing the CDC to keep spreading its old war cry that Lyme is hard to get, easy to treat, and rarely fatal. So if you attempt to look up information about Lyme deaths, it will look on the surface like it happens maybe 5/6 times per year, but please know that the community of people suffering from this disease is well aware of the truth. In various online groups they mourn and try to make sense of it together.

The longer I live with Lyme, the more deeply I understand the pain of those who choose to take their lives because of it. This disease ravages every system of your body and makes everyday activities feel like huge hurdles that can leave you completely exhausted. There are days when just getting through doing the dishes is enough to wipe me out for a few hours. Then there are the really bad days where getting up to go to the bathroom seems an insurmountable goal. But I'm extremely lucky to have been left unaffected by the severe depression and anxiety that around 85% of people with Lyme experience. If I had those beasts to contend with on top of all the physical issues, I can imagine I would be in a very different frame of mind. Of course I have days where I feel down or irritable, but I know it's not a clinical issue. I also have friends and family who understand and support me, who believe me and believe in me. Some people aren't so lucky. It's an unfortunately common story in the Lyme community that people find themselves alienated from their former support systems, often because the friends and family just no longer know how to deal with the ever-changing constellation of symptoms. It's also common that people aren't believed because they "look fine" or seem fine one day and then are unable to get out of bed the next. It's confusing for everyone, the Lymie included. 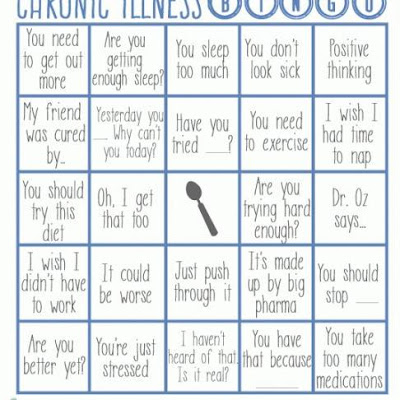 Things NOT to say to people with Chronic Illness!!
I'm able to work, although it's very challenging and probably causes a lot of setbacks. Right now I'm a server at a restaurant, and if you've ever done serving work you will know that it takes a toll both physically and mentally at the best of times. There are days when I leave work feeling like I've been hit by a truck. But I don't have a choice. If I had the option to just go to school and not work, right now I would do that. And this is coming from a worker bee. I hate not working for any amount of time, it makes me feel like a lazy bum. I know it would likely speed up my recovery, but like I said, right now it's not an option. Some people get to the point where they just can't work. Either because of severe cognitive and other neurological deficits or because they're in so much pain. And most of the time when those people who need it most attempt to go on disability, they are denied time and time again because Lyme is not recognized as a valid disability. I hear the stories with heartbreaking regularity.

I'm also able to attend grad school. But I'll tell ya what, I'm generally hanging on by the barest of threads. I say this fully aware that it sounds overly dramatic, but it's the honest truth. I'm constantly one illness or series of bad days away from losing the delicate balance and falling behind in life. It almost happened when I had to have laparoscopic surgery for endometriosis at the end of October (almost certainly tied to Lyme as it is often tied to immune function). I still haven't recovered financially from the days of work lost and it caused me to fall behind in school, which made the rest of the semester a perpetual game of catch up.

But, light at the end of the tunnel, my semester is almost over and I'm going to replenish my resources the best I can during this upcoming month. I just have to keep living as well as possible, finding joy in all the crazy little things, and loving and laughing with my friends and family. And I will do that, because as difficult as it can be, I love this life and take so much pleasure in it every single day. I hope you're all able to do the same. And as always, please reach out if you want any more information about Lyme or need someone to talk to about what you or a loved one are going through.