We'll see how this goes. Last night was scary and I'm not feeling totally recovered but I want to get it written down before I forget the details. Shortly after Derek and I got home from dinner with friends, I sat down on the couch to get some work done for school. A few minutes after opening my laptop I noticed I had a weird feeling in my head and neck. If I had to point to where it was I wouldn't be able to; it felt like it was going straight through the center of my head, from the top down through the base of my skull. And I also can't say exactly what it felt like. It just felt weird. Maybe like a really compacted tangle of electricity that felt lighter than the rest of my body. Like I said, weird.

A few seconds later I noticed that I was getting numb and tingly all over my body. I told Derek I thought I should go to bed because I was feeling off. But before I could get up something else happened. All of a sudden I didn't know where I was. Something deep in my mind was trying to tell me that this was my home, but nothing looked familiar. Everything looked weirdly distorted and whenever I tried to focus on something it looked like there was a little bit of fog in front of it. There was a definite ominous overtone like I was in an evil version of a place I used to know. It felt scary, really scary. I was able to talk a little, but it took a lot of effort for me to translate thought into words. I had trouble getting my body to move at all, except my eyes which I kept moving around the room trying to find something that looked normal.

I've had kind of similar things happen before. I've had a lot of Lyme attacks (that's what I call them because I don't know what else to call them) where I have difficulty forming words or can't talk at all and can't move my body. There was also one time while we were still living in our old house where I walked into the dining room and all of a sudden had that same feeling of not knowing where I was. It only lasted maybe 15-20 seconds, but it was enough to bring me to tears. This time it lasted longer, maybe 2 or 3 minutes. I think it helped that Derek was there this time because he at least felt like something familiar. I tried not to look at him for fear that he wouldn't look right. Derek picked me up and brought me to bed and shortly after that the feeling subsided. Once it went away I was just confused and exhausted. I felt like my brain just couldn't grasp what had happened. Like I could see it somewhere in there but it was out of reach. Stuck in Jell-O or something. I've heard people describe partial seizures in ways similar to what I described, but who knows. I just know I would prefer it never happened again, whatever it was.

I hate not knowing exactly why these things happen. But I do have some hypotheses this time at least. I went to bed late the night before, only getting about 6 hours of sleep which is not enough for me. I really need 8 at the very least to function properly. 9 is ideal. I also saw two clients in a row at the jail starting at 9 am, and the visitation rooms have fluorescent lighting. About an hour and a half after finishing with clients I was at school on the computer writing progress notes and doing other work for about 2 hours. I had a cup of slightly caffeinated tea while working. Then it was time for class. 3 more hours of fluorescent lighting (and one of them was flickering). I've done all of these things in a day before, but I think each of the separate triggers just added up to be too much. Maybe. That's my best guess anyways. I thought I was being good about avoiding triggers as much as possible lately, but yesterday was a busy day and I think I was just too focused on what I had to get done. Next time, I'll try to be more thoughtful. 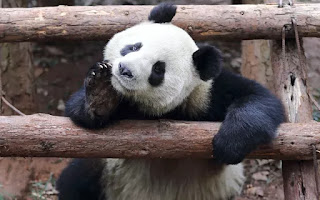 Today I woke up and pretty immediately knew that it wasn't all over yet. I was feeling feverish with chills and pain all over. When I got out of bed I was lightheaded (more than just normal morning lightheadedness) and my legs wanted to buckle with every step. I held on to walls to help me do what I needed to do--let the dog out and feed him breakfast--but I ended up sitting on the kitchen floor while he ate so I could gather the energy to get back to bed. So today has been one of the days I dread; a day stuck in bed. I have so many things I want/need to get done but my brain has been mush and my body won't cooperate. So I've been laying in bed watching Sabrina the Teenage Witch (don't judge me, I crave mindless TV when my brain is smooshy) and taking naps. I'm feeling a little more cognitively clear now and my body is moving a bit more easily, so I might try getting up and about after I finish this post and rest a little more.

It's such a struggle to respect what my body clearly needs without being really mad at it for letting me down. Losing this day is going to mean playing a lot of catch-up for the rest of the week, but also trying to balance everything so I don't end up overdoing it and losing even more days. The end of the week brings my toughest days at work and I need all my resources to get through them. Plus I'm seeing 4 clients a week, running a group in the jail, and going to classes, so I really don't have a lot of wiggle room. In fact, if I can get it together enough within the next few hours I have to see a new client tonight.

I probably could have guessed that something like last night was going to come sooner or later. I've not been feeling so fantastic lately. I had a skin infection about a month and a half ago that I had to treat with antibiotics and the doctor gave me Toradol, which either caused or aggravated an ulcer. So I'm just starting to eat normal food again. That was a painful ordeal that I'm not eager to repeat, so I'm trying to be cautious with what I reintroduce to my diet. I've also a lot of days in the past few weeks where I spike a fever for no real reason and feel like I'm getting the flu because of the intense body aches. But it goes away after a while and never turns into any regular sickness. Just Lyme being an asshole.

A bigger issue, though, is that I've not been able to sleep at night (or even take naps usually!). Insomnia is a very common symptom of Lyme, but one that I was lucky enough not to experience until the past few months. I am usually an amazing sleeper. I fall asleep with no problem, wake up a couple times to pee maybe, and wake up feeling... like I didn't really sleep. That part hasn't changed, but now there's a reason behind it--I didn't really sleep! I've seen 1 and 2 am way more times than I would care to in the past few months. And 3,4,5, and 6 am because once I do fall asleep I wake up almost once an hour. So of course I'm super tired by the afternoon, but even if I have time to grab a quick nap before class or work my brain won't go to sleep! I now totally get what people mean when they say Lyme can make you "tired but wired". I'm sure that lack of adequate sleep is wreaking havoc on my immune system and nervous system. Sometimes I'll drink a Neuro Sleep before bed and it does help me get to sleep most of the time, but it's not a guarantee that I'll stay asleep. And I also don't want my body to become dependent on something to fall asleep. 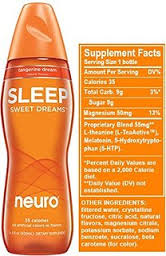 So balance is my mantra at the moment. Trying to get done all the important things I have to do without sacrificing my health. There are going to be good days and not so good days, but I'm trying my best to make the good days more frequent. And to make the bad days less powerful. Resting when I have to and turning down activities that aren't going to serve my health. Like I said, it sucks and I hate it. I'm stubborn and it takes a lot of conscious effort for me to talk myself down from doing all of the things I want to do. But I'm keeping my eye on the long-term prize, and eventually maybe, just maybe, I'll be at a point where I'm able to live more freely. Today is not that day, and that's okay. It has to be.